A Tradition of Service Since 1928
On January 20, 1928, a handful of men wishing to provide deposit and loan services to their community founded Webster First Credit Union. Through written agreement, these men associated themselves with the goal of establishing a thrift institution in order to accumulate and invest the savings of its members and provide these members loans. Webster First stayed true to their mission despite the hardships of those early years, emerged intact after the tribulations of the Great Depression, and continued to serve the local community.

Over the years our operations, services, and membership have grown. Throughout the late 1980's and 1990's, we opened several new branches throughout Worcester County. In 1997, we joined the National Association for Federal Credit Unions (NAFCU) and added "Federal" to our name. We celebrated the Grand Opening of our new Operations Center in Worcester in 2009. In the early 2010's, we merged with several other local credit unions, including Saugus Federal, Fitchburg Federal, Winthrop Federal, and Filene Federal. Our newest branch, located in Hopkinton, celebrated its Grand Opening in late 2012.

Strength You Can Depend On
Webster First Federal Credit Union is a $831,822,576 financial institution, ranking among the largest credit unions operating in Massachusetts today. Despite a tough economic climate, we have remained strong and continued to grow. If you're looking for a financial institution that can pull its weight, turn to one with a little more strength.

A Different Way of Banking
Webster First is a credit union, not a bank, which means that our focus is on our members, not shareholders. In fact, when you join Webster First, you won't be just another customer, you will be a member owner! When you compare financial institutions, think First.

Convenience at Your Fingertips
Webster First makes it easy to manage your money. With services like online banking, mobile banking, text message banking, and remote deposit, your finances are only a click away.

Neighbors Helping Neighbors
At Webster First, we make giving back a priority, because we don’t just work here, we live here, too. That’s why we strive to support our local communities via charitable contributions and other forms of giving back. 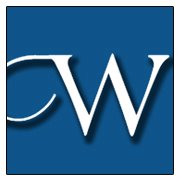 The South End Business Alliance is a membership-based organization whose mission is to organize and unify the voice of SEBA members and to promote a positive business climate in the South End. As you know, our community is rich in diversity in terms of culture/arts, professional services, hospitality and retail establishments. We aim to maximize the visibility and success of all businesses who participate.